Their personally designed sculptures are inspired by ice hockey and named "830 13 for Peace" after their birth town Åre, sport resort in northern part of Sweden. 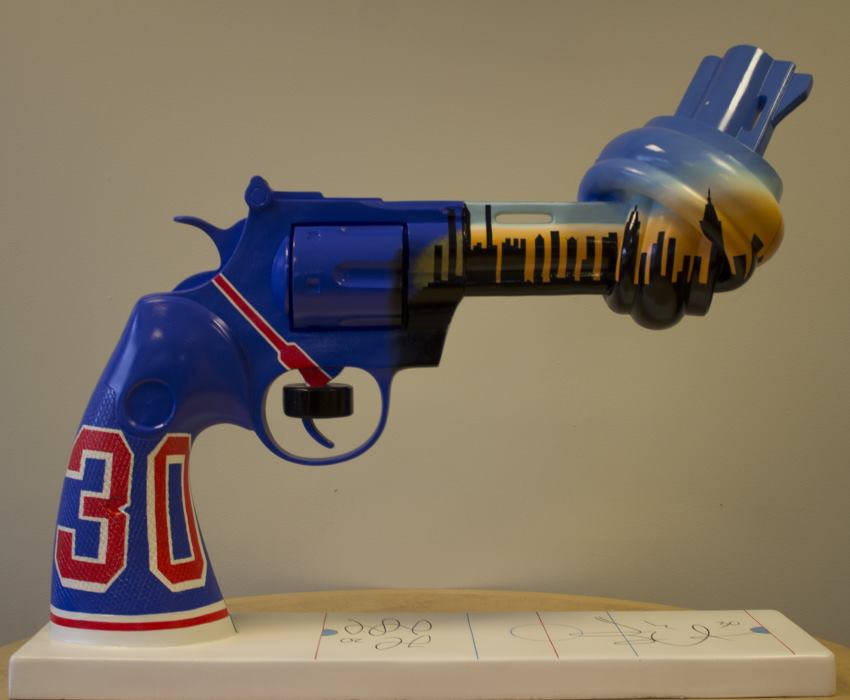 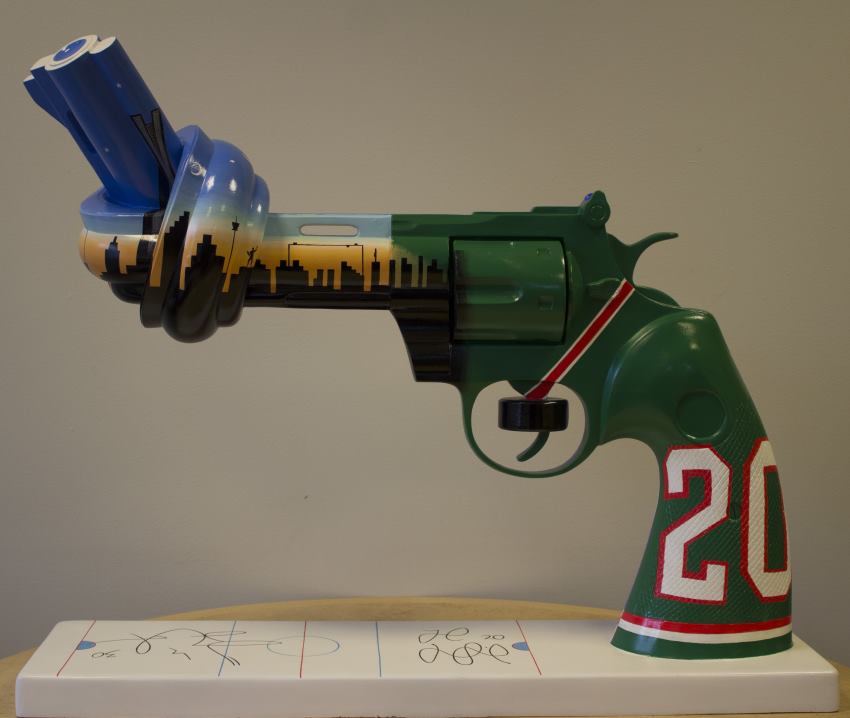 Henrik Lundqvist, born 2 March 1982 in Åre, is a Swedish professional ice hockeygoaltender for the New York Rangers of the National Hockey League (NHL). Before winning the Vezina Trophy in 2012, he was nominated in each of his first three seasons, and is the only goaltender in NHL history to record eleven 30 win seasons in his first 12 seasons. He currently holds the record for most wins by a European-born goaltender in the NHL (405). His dominatingplay during his rookie season resulted in the New York media and Rangers fans giving him the nickname "King Henrik".[1] During the 2006 Winter Olympics in Turin, Italy, he led the Swedish men's team to their second Olympic gold medal.

Before joining the Rangers, Lundqvistplayed for Frölunda HC in Swedish Elitserien. During his years in Sweden, he developed into the league's finest goaltender, winning the Honken Trophy three consecutive seasons;2003, 2004, and 2005. In 2005, he also won two of the most prestigious awards in Swedish ice hockey, the Golden Puck and the Golden Helmet. 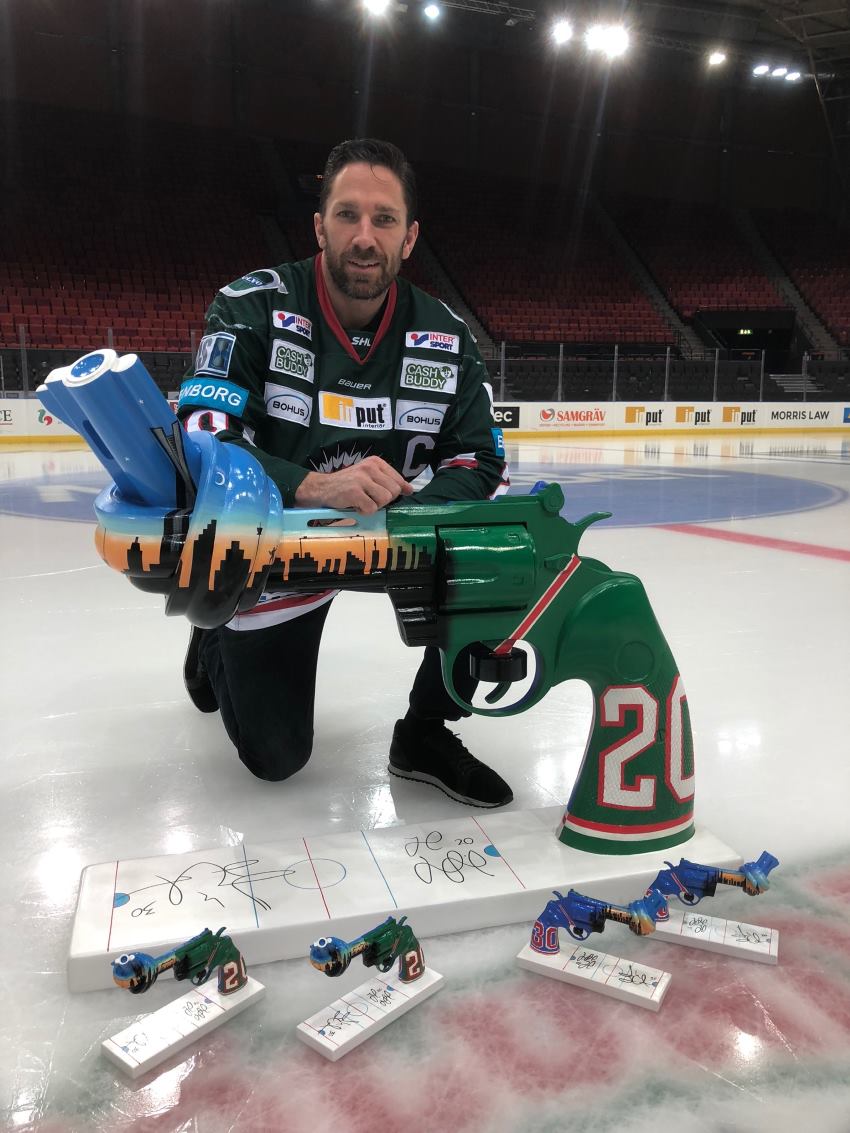 Joel Lundqvist with his 1 meter glass fiber sculpture "830 13 for Peace" on ice.

Joel Per Lundqvist, born 2 March 1982 in Åre, is a Swedish professional ice hockey centre for Frölunda HC of Swedish Hockey League (SHL). He serves as the team's captain. He is the identical twin brother of the New York Rangers' goaltender Henrik Lundqvist.

He was selected by the Dallas Stars in the 2000 NHL Entry Draft (3rd round, 68th overall) and signed a one-year entry level two way contract with them in May 2006. He started his 2006 season in Iowa Stars scoring 38 points in 40 games but was called up and played his first game in Dallas on 3 December 2006. Lundqvist played 7 games in his first NHL playoff series, scoring two goals, and was assigned back to Iowa when Dallas was eliminated.

Lundqvist scored his first career NHL goal against the Calgary Flames on 17 January 2007. In 2009, he returned to his native Sweden, signing with Frölunda HC. In 2011, Lundqvist became the October nominee for Guldpucken. Serving as team captain, he led Frölunda to win the 2016 Swedish national championship as well as the Champions Hockey League (CHL). In 2017, Frölunda repeated as CHL champ with Lundqvist earning Most Valuable Player honors. 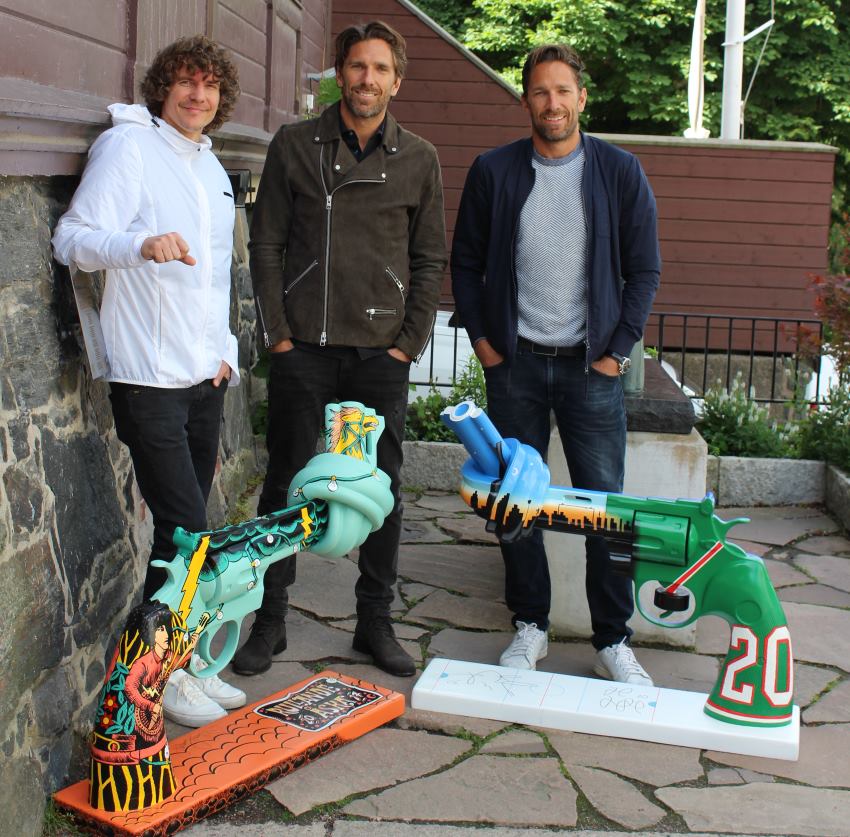