Beatles legend Ringo Starr is one of our global Non-Violence ambassadors. The British musician is known for his political engagement in which he repeatedly inspires and invites musicians from all genres and generations to unite behind the Non-Violence Project with the aim to stop the violence that affects mainly young people.

The former Beatle created his own design on the charity’s signature logo of the “Knotted Gun” statue “Non-Violence” which was originally created by Swedish artist Carl Fredrik Reuterswärd as a memorial tribute to John Lennon.

In an urgent call to action, Ringo urged musicians from across genres and generations to unite behind The Non-Violence Project and it’s aim to put a stop to violence affecting young people. Ringo was joined at the “Knotted Gun” unveiling held exclusively in the Gibson Guitar Studio in London. 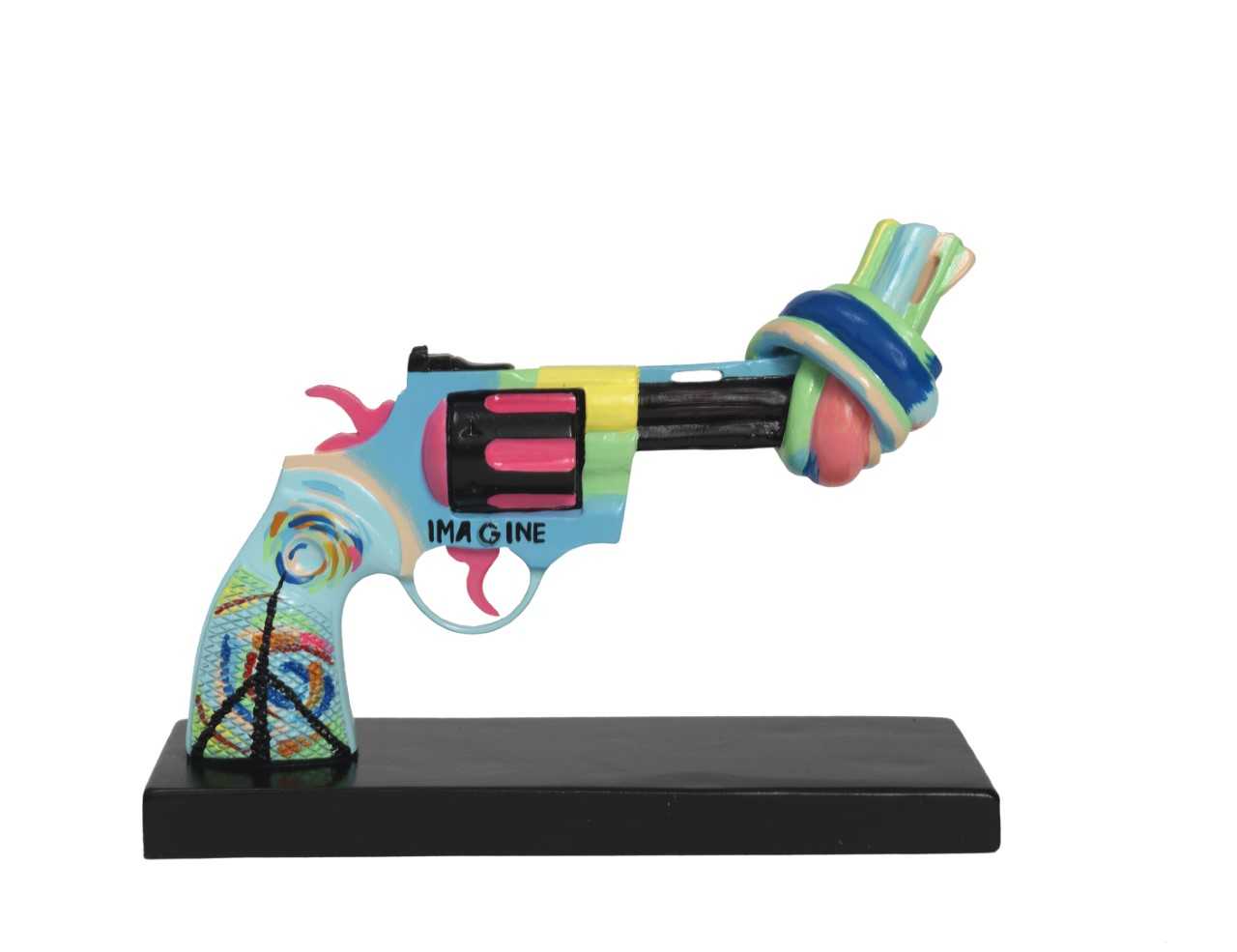