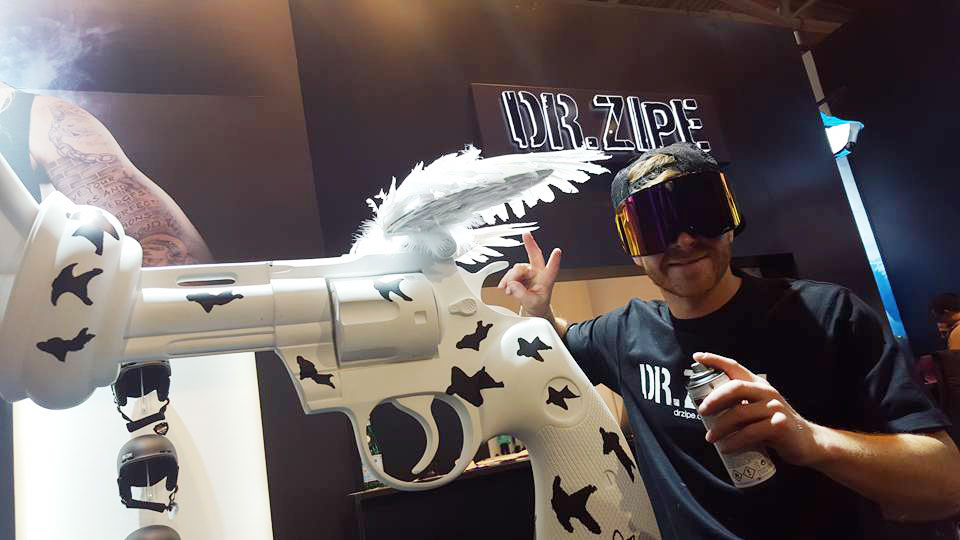 Espen Fadnes joined as Norwegian Peace and Non-Violence Ambassador in 2016 and his sculpture "Flying For Peace" was exhibited for the first time at the Non-Violence press conference and hang out at ISPO Munich 2016 in the DrZipe stand. In fact Espen was painting his knotted gun sculpture at site.

"I AM VERY EXITED ABOUT BECOMING AN AMBASSADOR FOR THE NON-VIOLENCE PROJECT. TO SUPPORT LESS VIOLENCE IS A NO-BRAINER."

Espen Fadnes is a multisport extreme athlete, traveling the world chasing adrenalin filled projects including wingsuit flying, freeride skiing and basejumping. Espen is an Airsport Consultant and is available for Film opportunities and Motivational Speaking. 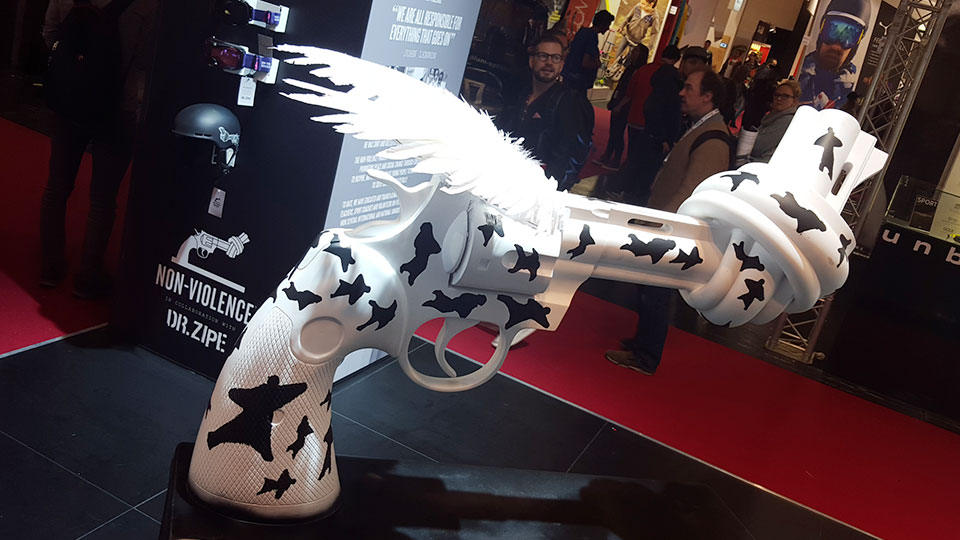 Wingsuit flying? If you know what it is, you know. If not, check the videos and you will never forget...

Espen was born and raised in Molde, Norway. Already from a young age the combination a competitive mind, the need to be seen and risk willingness turned Espen towards individual sports. The childhood was filled with skiing, climbing and swimming all year around.

He competed in alpine racing until he was 19 years old, and the whole time also climbed mountains to find untracked skiing lines. After the alpine racing career he needed to fill the vacuum and started skydiving. It was there he at the age of 21 was introduced to base jumping, a sport that changed his life. It became a playground for his desires to explore his capabilities. During the early 2000s he became part of an adventurous group called the VKB in Norway. They developed new equipment for base jumping and wingsuit flying. In 2007 they introduced proximity flying to the world through the ski movie Seven Sunny Days, and it became the start for an up growing professionalism in parts of the base jumping community.

At the same time Espen went into freeride skiing and extreme skiing contests. He did well with his background from alpine racing, and the combined success in freeride skiing and base jumping made him decide to go professional in 2008. A bad injury the same spring on a ski movie shoot gave a three years set back in his plans. He came back, won the overall title in wing suit flying and people still believed he could have a value in skiing.