Carl Fredrik Reuterswärd was a friend of John Lennon and Yoko Ono. After the tragic death shooting of John Lennon, Carl Fredrik was asked by Yoko Ono to create an artistic tribute to John and his vision of a peaceful world. Carl Fredrik created the knotted gun sculpture and named it Non-Violence. 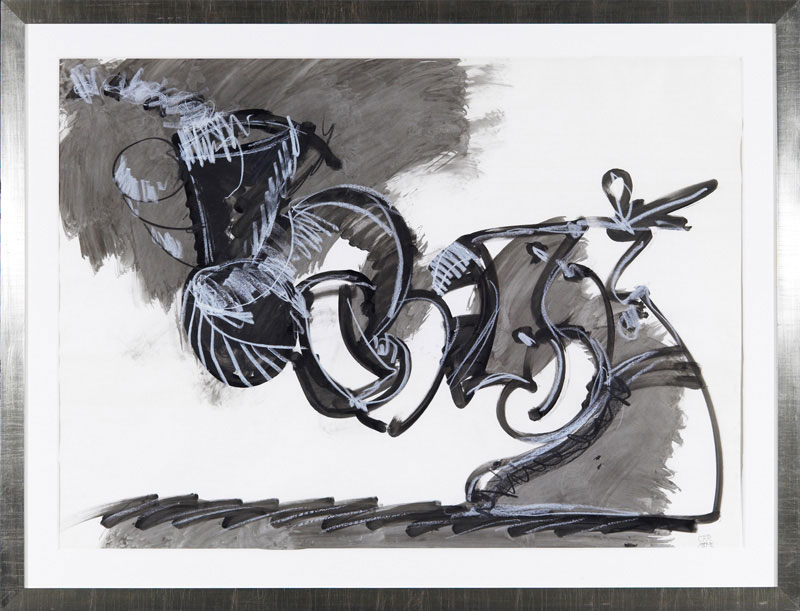 The idea behind the knotted gun was to honor John for his vision of a world in peace. At the time John Lennon was one of the most public advocates for peace and non-violence and in many of his songs, both as part of the famous pop group The Beatles, and together with his wife Yoko Ono, the lyrics focused on the vision of a world without violence. Here are the final lyrics of his most famous song, “Imagine”:

Imagine all the people living life in peace
You may say that I’m a dreamer
But I am not the only one
I hope someday you’ll join us
And the world will live as one.

Carl Fredrik Reuterswärd (1934) is not only one of Sweden’s internationally most famous artists. He is also a prominent writer. In the 60´s he became famous for avant-garde writings like “Cornering the discipline on board” and “Prix Nobel”. In 1988 he was successful as the author of his memoirs “Look, I am invisible” in which he tells the story of his childhood and adolescence.